Skip to content
Our parents and our students have marked their presence wherever they go.

My daughter Tamara graduated Rescue is 1990. I heard about Rescue from a friend of mine who was on their School Board. I was pleased with the individualized attention that the teachers gave my daughter. The small classroom settings were ideal. Tamara was a member of the Drill Team and graduated as Valedictorian of her class. She attended St. Francis De Sales High School and was 3rd in her graduating class. She received a Bachelor Degree in Accounting from the University of Illinois at Urbana-College of Business. She also holds a Masters in Finance and Marketing from Loyola University. She is the Senior Auditor for the Commodity Futures Trading Commission. Rescue Missionary Christian School is a great place for learning.
Mary Anderson
Parent
My Name is Linda Richard-Bey. My son Michael graduated Rescue in 1985. I believe that Rescue Missionary Christian School afforded him opportunity for success and excellence. According to the Word of God if we “Train up a child in the way he should go, he will not depart from it” (Proverbs 22;6). After graduating from Rescue Missionary, Michael attended St. Martin DePorres Academy, attained a Bachelor Degree from Chicago State University, and a Masters Degree from George Mason University in Arlington, Virginia. He is a software developer for Accenture.
Mrs. Linda Richard-Bey, RN MS FNP-BC
Parent 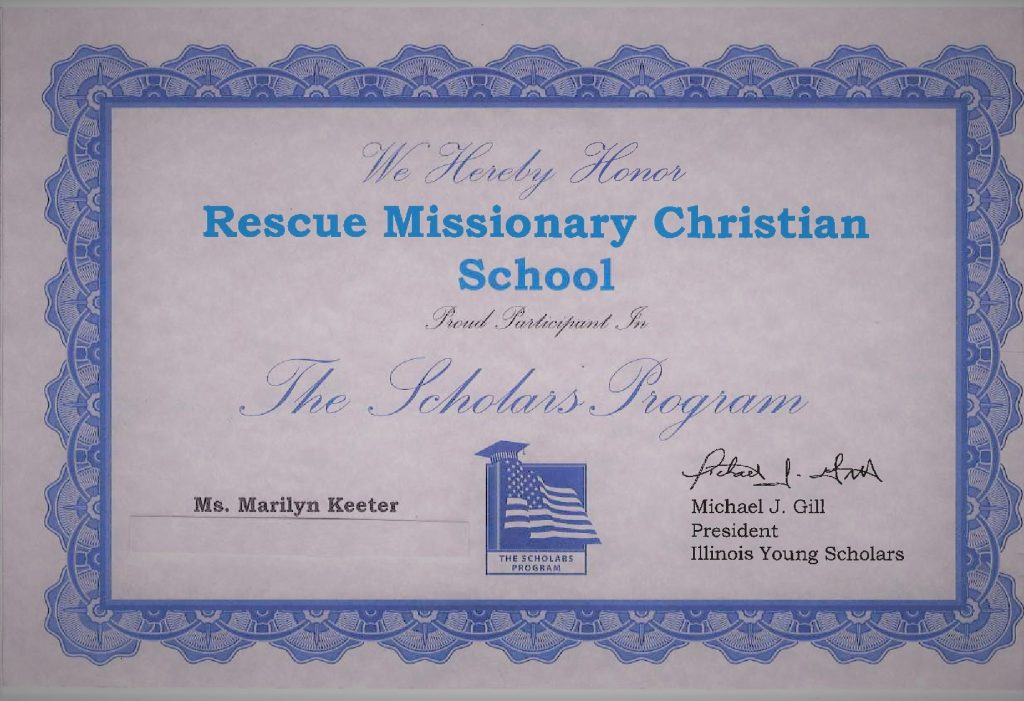 The Scholars Program is an award given to schools from the State of Illinois for students that have performed above and beyond in their academics. We are so thankful to be among the schools who were recognized for their academic greatness!

We'd love to hear from you

Write your experiences with Rescue Missionary Center Church and School
Feedback from Parents & Alumni are most welcome for display on our site.
Write a Testimonial
Contact us